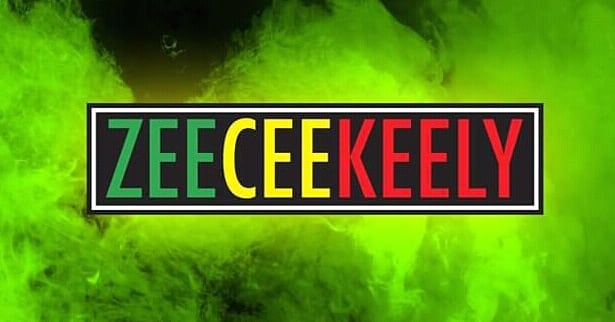 ZeeCeeKeely is an American Reggae band from Tucson Arizona. ZeeCeeKeely was formed by the frontman and the band’s namesake, Zachary C. Keely. Having an extensive musical career through his teens and early 20s, in multiple local bands, the Tucson native set out to form his own project. Zach found several friends and individuals with the perfect blend of: talent, dedication, passion, and devotion, to help spread and play his music. By blending his messages of peace, respect, reflection, and rights, with the sounds of roots reggae, rock, dancehall, and jazz, ZeeCeeKeely is promoting music and a lifestyle that it’s quickly gaining traction in these trying times. All of the music and lyrics have been written by Zach, who also is the singer and lead guitar player of the band. He has shared the stage with a plethora of like-minded musicians during his tenure as a performing artist; be it a supporting act for nationally recognized bands (E.N. Young, Inna Vision, Skanks Roots Project, Swells, Common Kings, Eli Mac, Landon McNamara, Authority Zero, Sensi Trails, Mountain Us, Luna Shade, Drifting Roots and many more) or performing in a nationally known music festival (Arizona Roots). ZeeCeeKeely is also made up of 5 other members. Carlos (C-los) Vasquez with them hard-hitting grooves on drums, congas, and djembes, bringing a full and booming sound on the percussive side which surely keeps the beats going like no other. Carlos has an extensive drumming background, having been a part of several well-known local groups.
Adam Chavez, ZeeCeeKeely’s bass player is perhaps one of the most versatile musicians in the emerging Tucson music scene. Having been trained in a background of all kinds of styles and instruments, Adam is able to bring such a dynamic with amazing rich sound to add to the already smoking sounds of the band. His musical arsenal is sure to impress and shine at every show. ZeeCeeKeely’s unequivocally unique sound and the flavor is rounded off by a stout and robust rhythm section. Justin Nazari, one of Zach’s closest friends, holds down the reggae skank beat on rhythm guitar and helps to emphasize all the catchy guitar riffs ZeeCeeKeely has to offer. ZeeCeeKeely’s unique Sound is simply Desert Roots Rock Reggae that keeps everyone dancing to the rhythm of their Vibrations. Zach’s hand-selected musicians also all share the same message, passion, and vision he does. Such like-mindedness amongst the band members has brought these men to all set forth one of the most amazing and ambitious drives to share love, unity, and reggae music, the Tucson music scene has ever seen.