Meet Frank (and Lucy). The face (and VW Bus) behind the camera of Tucson’s Live Music scene.

I have known Frank Ramos for several years now. My husband and I met him at a Top Dead Center show at the Hut. Originally I thought that he was a paid member of the band because he was always at the show with his video camera in-hand. Once I started to learn who the band players and sound crew are, I discovered that Frank was documenting the band’s shows as a hobby. When I found his recordings on YouTube and I was amazed at how many videos and how dedicated he is to his hobby! His love of sharing inspired me to start live-streaming and his experience helped me learn the art of the camera.

When you visit his YouTube channel you will see that, as of this posting, he has 2895 Top Dead Center videos uploaded as well as hundreds of videos showcasing other Tucson Local Bands and musicians. On his Facebook account he has countless still photos uploaded and this last year has started to dive into more photography opportunities.

“Frank is TDC’s official photographer and a damn good one. His unasking dedication has created such a deep archive of photos and videos of TDC’s last 10 years (or so) that is unparalleled in a local band. He has a kind heart and spearheaded the incredibly successful My Dad Randy’s Mural Project. And on and on…. We love Frank Ramos”

“Frank’s videos are an invaluable tool for critiquing my work to see how to improve it. And with his photography he is the Annie Leibovitz of Tucson.”

His unending dedication to preserving Tucson music and his sincere kindness has made him widely known and loved in the music community.

“Frank Ramos, besides being a very talented and creative soul, is truly a musicians friend. He has been there at so many Hut 420 and other shows with his trusty video setup. Besides sharing the show to folks who could not make it, these clips have allowed the musicians themselves to review their performances. After Randy Clamons untimely passing, Top Dead Center was shell shocked as to how to proceed, and that’s where Frank’s catalog came in so handy for folks that stepped up to the plate. They could review years of performances with different guest players, and for me learning the bass parts it was invaluable. And to have your picture taken with his iconic Red VW van Lucy is high status indeed. Kudos to Frank, we owe him a lot.”

Frank can be frequently seen walking along Fourth Ave or Congress street with his video camera in hand or driving around in his beloved VW bus named Lucy. If you follow him on Facebook you will also notice that he loves opportunities to photograph his beloved VW bus Lucy with all sorts of people. He currently has 63 photos in his Facebook album: Lucy The ’69 VW Bus, The pictorial history of a ’69 VW bus named Lucy.

Frank, how did you pick the name Lucy for your bus?

“Ever wonder where I got the name Lucy from? The lady in the photo (Vonnie) saw my photos of Lucy posted on my Facebook page back in 2009 and suggested I name the bus Lucy after Lucille Ball (because of the red color; Lucille Ball was a redhead, for all you youngsters out there). That idea wasn’t going to become a reality but I did ask Vonnie, “How about instead I name her Lucy after The Beatles’ “Lucy In The Sky With Diamonds”? And that’s how Lucy got her name! “

We love Lucy, but let’s get back to Frank and his connection to Tucson’s Live Music Scene.

How did you get started recording live music?

Believe it or not, I never owned a camcorder until AFTER I met Randy Clamons and Top Dead Center. In fact, and I always make this clear, if it wasn’t for Randy I might not have become passionate about photography. I had shot photos at a 2009 Woodstock Tribute event in which Top Dead Center participated. Randy, who I didn’t know from Adam at the time, liked the photos I shot of him and other band members so he asked if I’d like to become the band’s “official” photographer. I agreed and began shooting photos at the shows. I liked the band, the music and the crowd so much I decided to invest in a camcorder and document the performances. That was in 2010. The rest, as they say, is history.

What is your favorite part of Tucson live music?

I love music, period, so I’d have to say the music itself is my favorite part, but as I get to know more performers through the years, I enjoy seeing them in the spotlight, especially knowing that they don’t mind my “getting in the way” to get the perfect or halfway decent shot. The crowd brings a certain energy to the proceedings as well and I enjoy their presence as much as I do the band’s. I think the band and the crowd create a synergy that makes magic happen and I love taking part in that.

There is a lot of “behind the scenes” work you do to post your recordings on YouTube. How many hours a week do you think you averaged working on your videos before the COVID stay-at-home orders?

Due to having a day job I don’t shoot a lot of video until the weekend, however, if I have the energy I’ll drive out to a weekday event as long as it’s not located too far away from home. I’m not a young whippersnapper anymore despite my youthful appearance.

I don’t do any fancy editing or add graphics to the videos which means uploading videos to YouTube isn’t all that labor-intensive. I leave the editing to the pros. I can have videos uploaded from my camcorder to my computer to YouTube in two or three hours after shooting them. The uploading process can take an eternity depending on the length of a song. And with Grateful Dead music, for example, thirty-five-minute videos of one song are the norm. Typing out the descriptions can take another hour or two, depending on whether or not I know the titles of the songs. Then it’s time to research the titles or send a message to a band member for a copy of their setlist. That happens most when bands perform their own original music.

Do you play any instruments?

I play a right-handed guitar backward and upside down… I’m a lefty who never learned to play a left-handed guitar. I play bass, too. A left-handed ’78 Fender Precision bass. I prefer the guitar, though but it’s hard to sing and play bass simultaneously. I don’t know how Paul McCartney does it.

How long have you been playing?

I’ve been playing guitar since I was about fourteen or fifteen years old. I owned a bass when I was about thirteen. I got rid of it but later bought a new one when I was in my twenties.

What advice do you have for aspiring local musicians?

Be humble and learn from those who were playing music long before you ever picked up a guitar. And don’t expect overnight success because sometimes that may never happen. The Beatles didn’t happen overnight, after all. Love making music more than you love the idea of becoming a rock star. Play well with others.

What is your favorite local venue?

I’ll have to say The Hut by virtue of the fact that it’s where I got my start. I’ve seen a lot of people come and go since those early days in 2010. You hang out at a place long enough, it’s more like a second home and the band and its followers are like family.

Who is one of your favorite local musicians or bands?

Only one? Sigh, okay. Don’t anyone else get mad?
I have high hopes for a singer-songwriter named Sophia Rankin. I first met her at a Meet Me At Maynard’s gig in 2017. In fact, she even performed a Tweener Set at The Hut once after I recommended her to Randy Clamons and the crowd loved her! She’s writing top-notch songs and recording CDs. Before long she’s going to hit the big-time and Tucson’s loss will be the rest of the country’s gain.

If you could attend any live musical performance, past or present, who would it be?

That would be George Harrison. He’s been a huge influence on me musically and spiritually. He performed here in Tucson in 1974 but I was too young to go see the show. I must have matured with age because by the next year…1975… I went to my first big concert… a piano player named Elton John.

Thanks for choosing me to participate in this interview! I wish you and our musician friends much success with the Tucson Local Bands website! 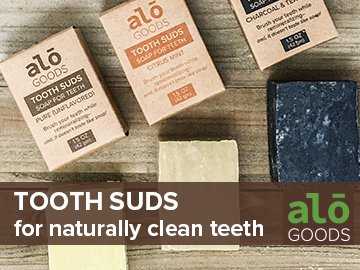 Bryan Dean Trio at the Hut

Bryan Dean Trio at the Hut